Kale Continues to Outpace Other Leafy Greens for the Holidays 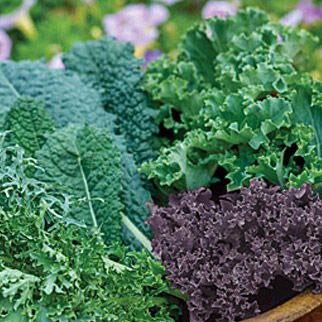 Kale is fast becoming a leading choice among home gardeners, as media and health experts constantly cite the nutritional benefits of this leafy green vegetable.  But this wasn’t always the case, according to George Ball, chairman of W. Atlee Burpee & Co., the nation’s leading purveyor of fruits and vegetables for home gardeners.

Five years ago, Burpee offered just four different varieties of kale, and sales were, at best, lackluster; far behind spinach and other more popular leafy greens.  “You might say kale sales were in the dirt,” Mr. Ball states.  But things began to change just two years ago, and, last year, kale was among the leading dark leafy green vegetable sold to home gardeners, says the Burpee chief executive.

For the upcoming home gardening season, Burpee has greatly expanded the varieties of kale being offered.  “We expect kale sales to equal spinach either this coming year or by 2017,” he forecasts, “and a number of the new Burpee varieties have been specially bred for both heat tolerance and better flavour.”